Continuing in Vienna. I don’t know the order these shots are supposed to be in and I can’t say I’m too concerned either.

Left: Severin thought this shot was crap but I took it with a blog in mind. I don’t drink tea much but I like tea rooms. I wouldn’t mind being overlord of a tea room for a day.
Right: 60’s roller disco sex goddess Linus joins and leaves us.

(note: these two will not appear side-by-side if you have a low resolution) 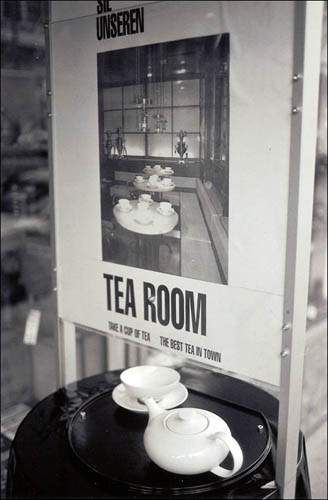 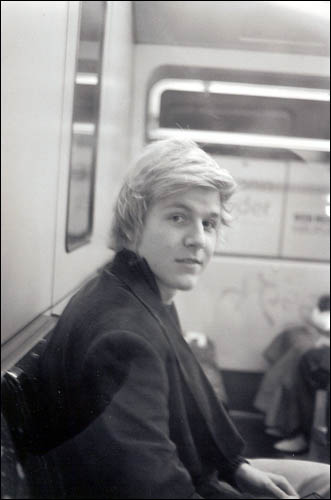 Tanya, Brandy and I went on this ridiculous ride. We seemed to be on it for ten minutes. I think the guys were using us to advertise their crap ride to more people. 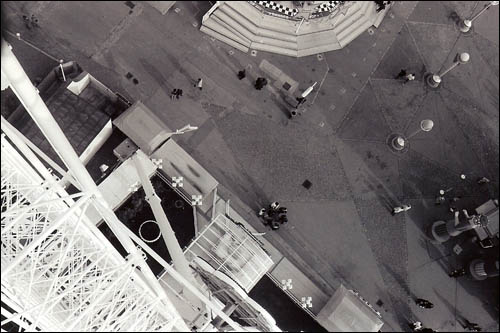 (On a side note, BBC News at ten just came on and the headline is that Prince William has split with his girlfriend. Second item is Iraq. What the F is up with that?)

This guy had a puppet thing (I was told the name yesterday but forgot) and asked the little girl to join in his act but she was petrified. 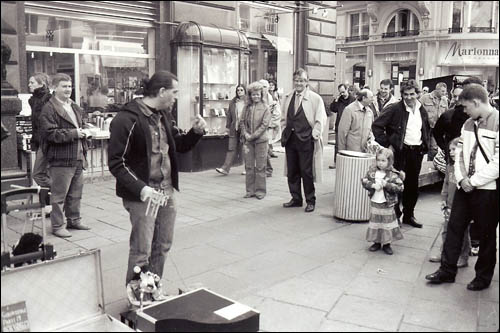 I noticed a woman on the metro with a piece of food on her chin. Shame my shooting-from-the-waist abilities completely deserted me. 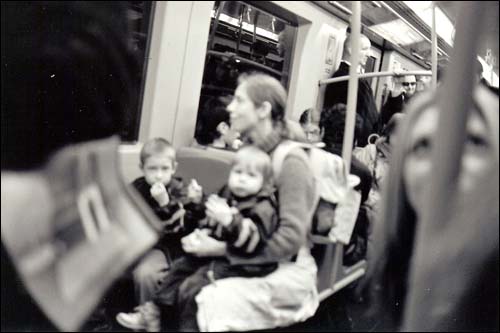 Sev was wondering why my cam was in his direction for so long. I was not focusing on him but made a shot anyway. 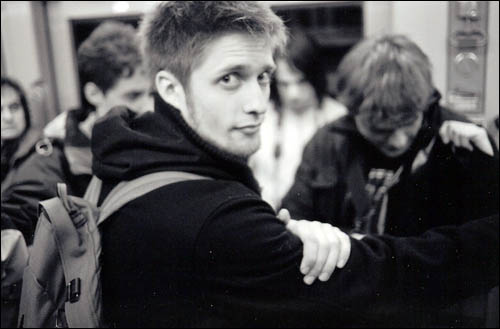 I was focusing on her, even though she wasn’t there yet. Looks like a piece of cheese to me. 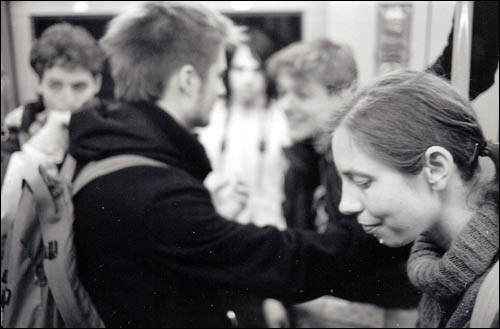 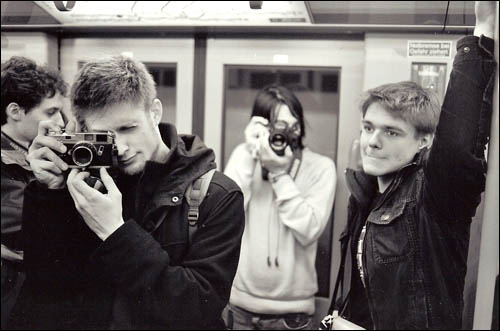 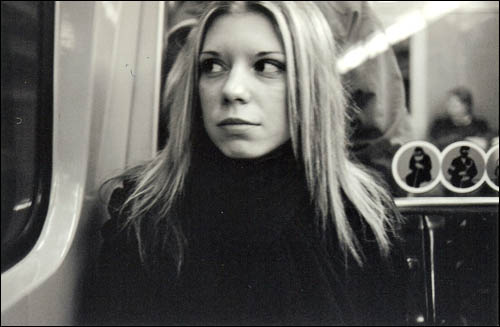 OK, Monday. Got the train to Bratislava, got a mug made for Will Smith, then returned. 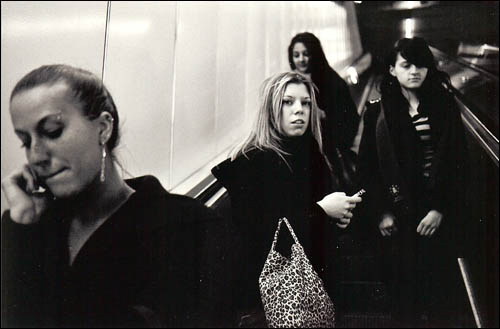 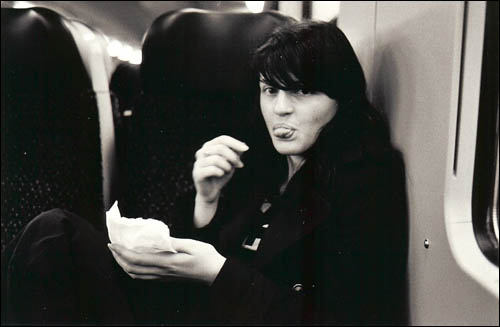 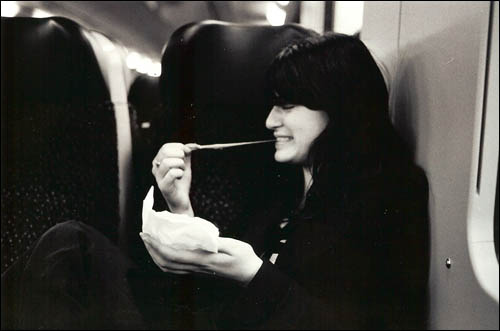 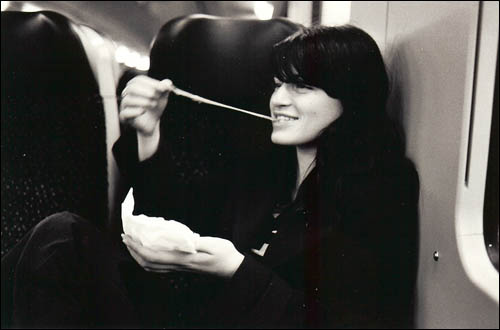 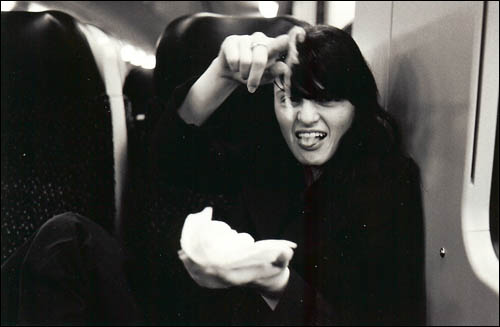 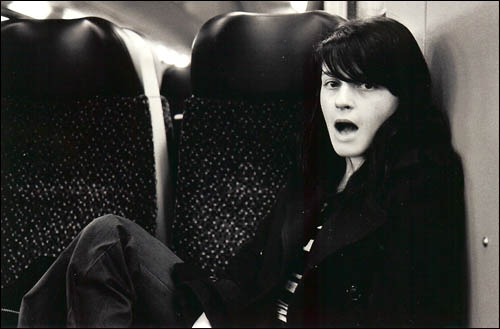 We came back, gave Severin his mug then went to get some Austrian Cuisine. 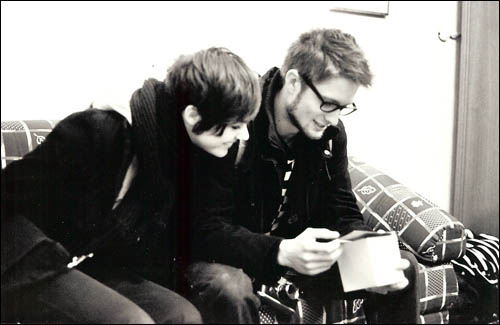 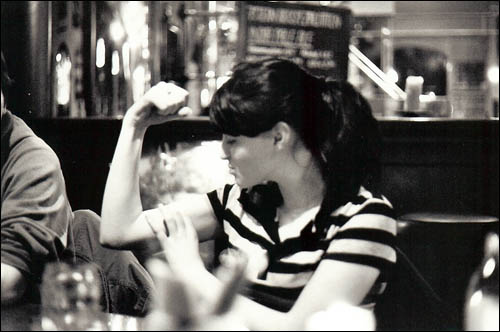 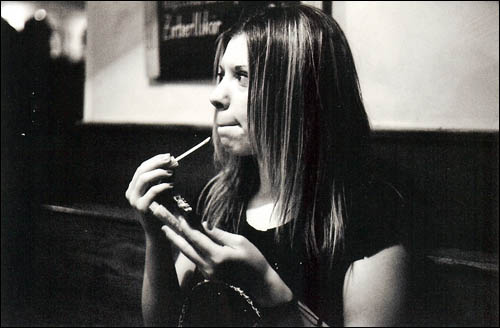 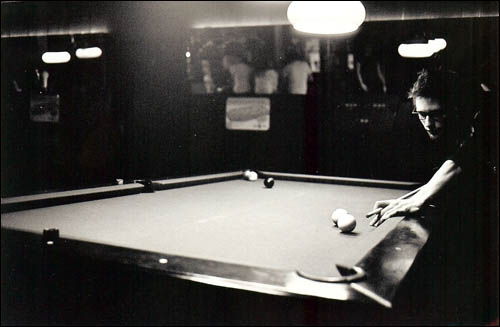 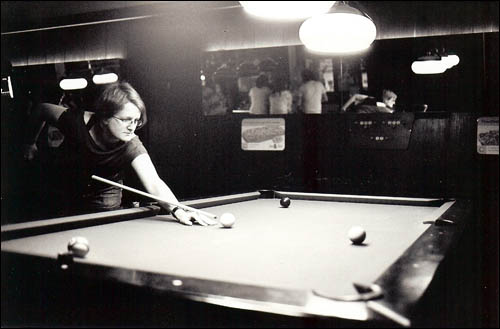 And then did some other shit. I’m falling asleep here.

I have another roll from Vienna still to be developed. I bought all the stuff to develop a few days ago, but I messed up while making the XTOL solution from the powder. You’ll have to wait. On the plus side you may get some pics from France in the meantime, including a cow with poo on its nose.