The World Poker Tour came to London’s Leicester Square a few days back and invited me to come and fool around in the park. I had a run of bad beats and generally played poor for the first half of the time I was there. Then Steve Lipscomb sat at my table. He was on the BB and claimed he always defended it, only to fold seconds later after someone went all-in. Moments later I had to leave and go to the office to fix a problem. Blah.

I did not get any shots of him as I thought the day was going to be a little more serious so I left my cam at home, then picked it up after going to the office. WPT held the day in conjunction with Bluff Magazine who took a bunch of pics, so you may see me in the next edition. Lipscomb has a passing resemblance to Roy Castle by the way.

The classic ‘hand on face’ poker strategy, as famously used by sbrugby on High Stakes Poker. 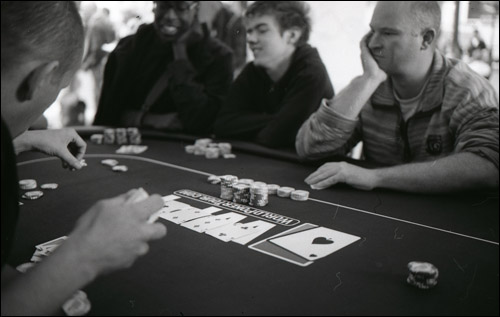 The guy on the left is really feeling the Drama. You’d think he was playing for money. 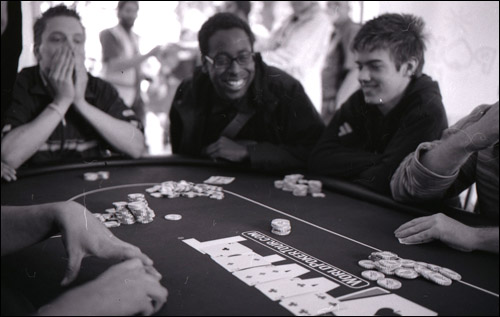 I won the very last hand of the day with Ad5d and the MC gave me a pack of WPT playing cards for having the biggest stack. He was pretty cool; he even acknowldged an earlier hand where I won a three way all-in fest with the Gutshot Powerhouse: 5-2. Ship it! 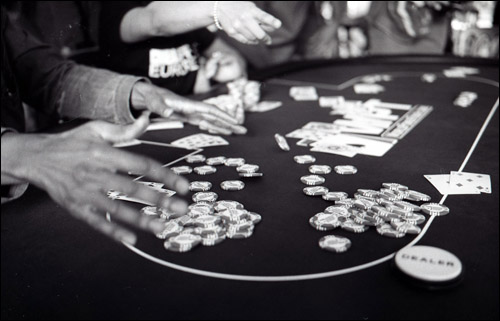 I found this tent amusing. This was the last shot on one of the rolls from Gay Pride if you’re wondering why it’s in colour. 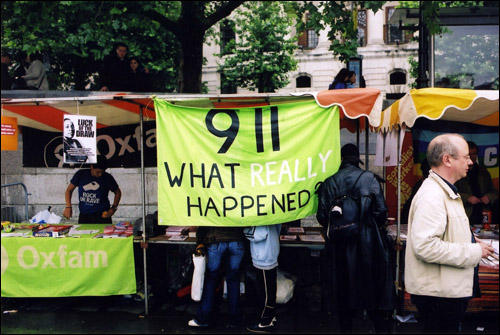 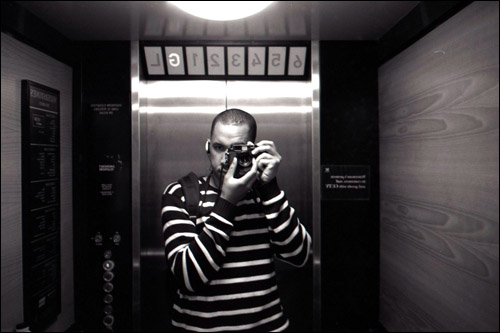 I want one of these. 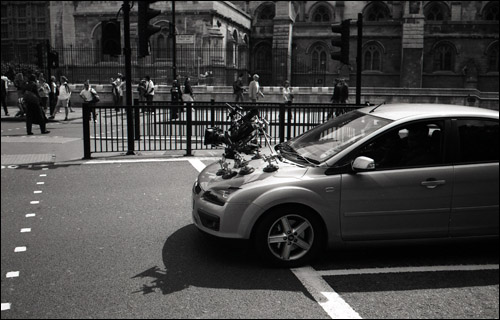 Ewa gets her fringe done 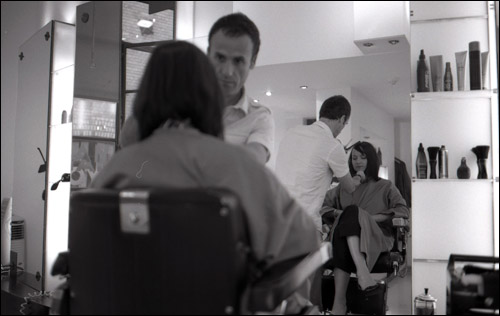 Stansted airport, en route to Dublin. Someone vandalised the ‘G’.. 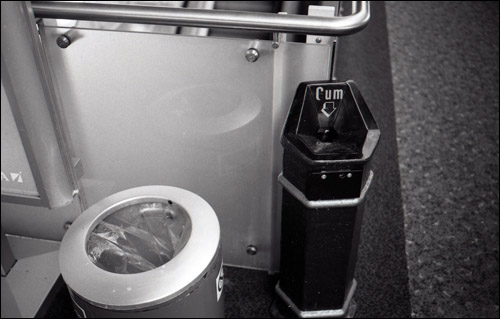 In Dublin, people sell fruit on street corners from old prams. Sorry the hipshot is bent. 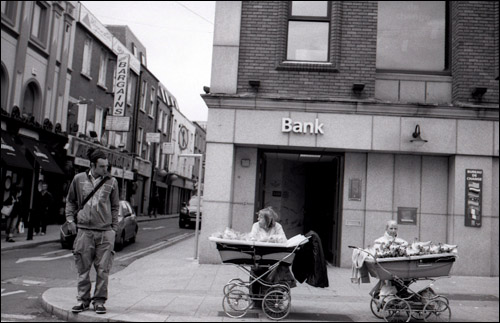 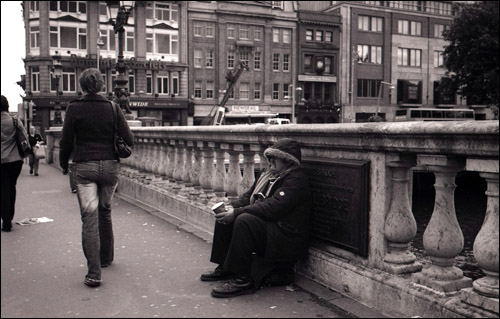 Say it with me Miriam. Brewery! 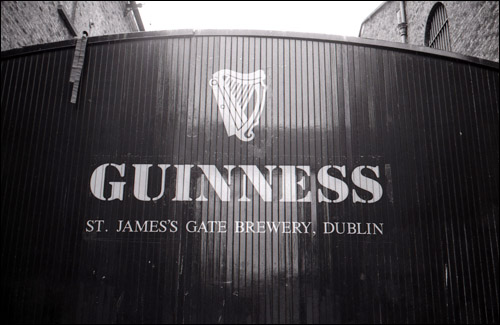 Tanya doesn’t like her face in this shot so I pixelated it. Behind her is Seamus! Top bloke. 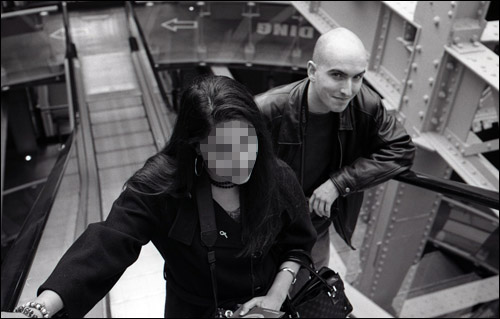 The bar on the 7th floor of the Guinness Brewhouse has a cracking view. 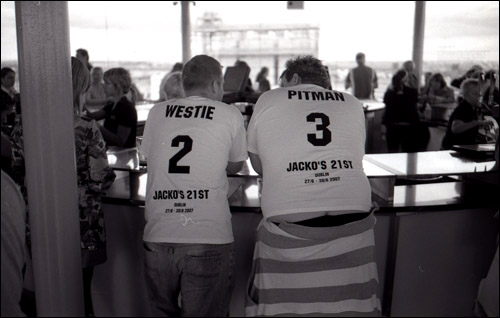 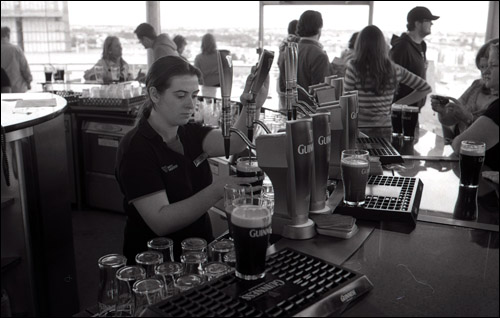 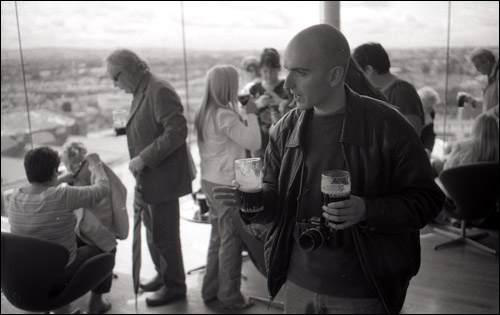 Every time I enter a country I’ve never been to before I play ‘spot the black guy’. I spotted a bunch at Dublin airport but this guy was bar far the best dressed. 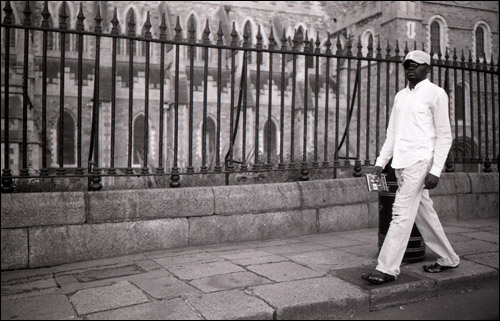 My plane back had to load a chap in a wheelchair which took some time so we missed our take-off slot. We had to wait around for about 30 mins for another one. Seemed this guy had to, too. 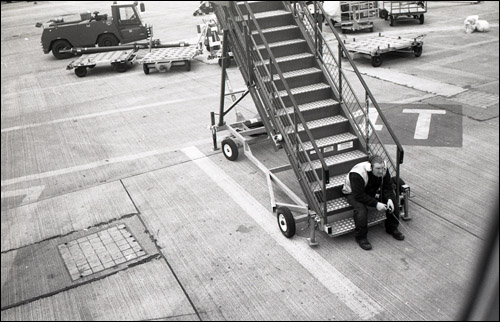 Arrived back in London the day some jihads tried to blow things up with cars full of propane. The Police in central London became very paranoid and stopped cars at random. 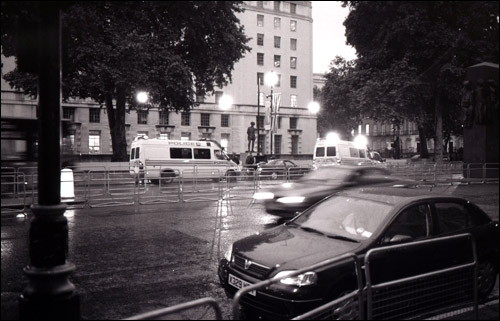 Vain attempt to hide her face 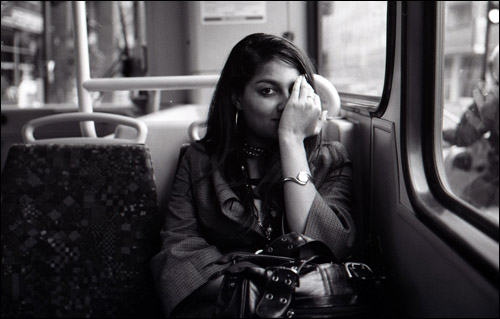 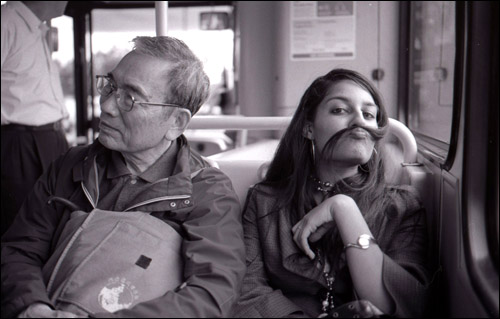 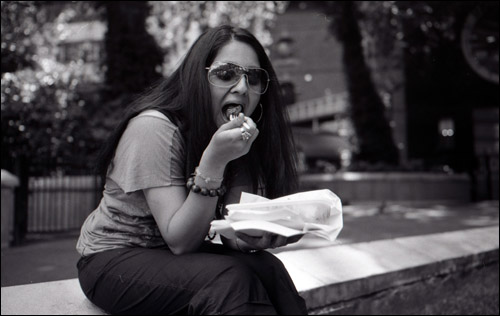 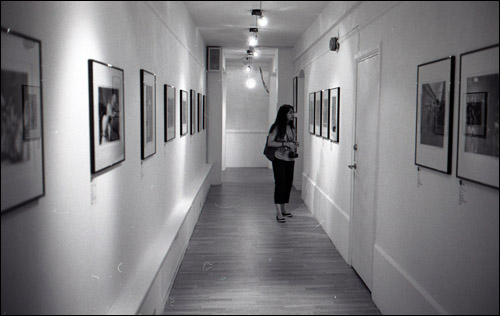 I had dinner at the Royal Shakespeare Globe Theatre yesterday. Amazing food. Strange message in the toilet… 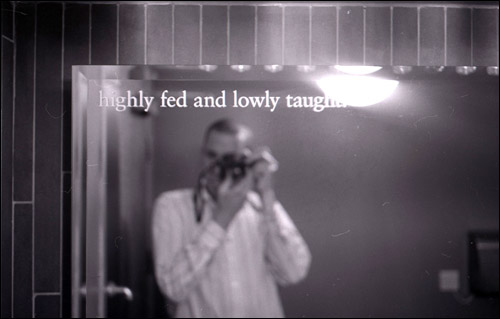