by James
with 3 comments
Street 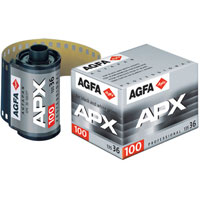 Some weeks ago I noticed a few people using this film, then noticed Agfa no longer produce film. I’m new to film; stock of this film is only going down and I’ve never even tried it! Well I ordered ten rolls from America, some of which are sitting here on my desk. So far, I’ve gone through one roll on my Nikon FM. I can’t remember what I took photos of, but i’ll get it developed the week after next. I also have my first roll of neopan 400 to get developed. I was overzealous with the rewinding, and the film has retracted all the way into the cartridge thing. Oops.

Actually I know a few things I took photos of on those rolls; yet more shots of the Arab, some shots of Tanya (I think) and a shot of some guy asleep in his car. I woke him up with the click. He asked me if I took a photo and I convinced him I didn’t, since I was holding the camera and strap in my hand. Shot from the waist baby!

Talking of shots from the waist, I took this from the waist last time I was in Trafalgar Square with the EOS 3. I saw them on the bench and I was like ‘WOAH two fat ladies’ and decided I had to take a photo. I’m impressed with my from-the-waist composition skills! 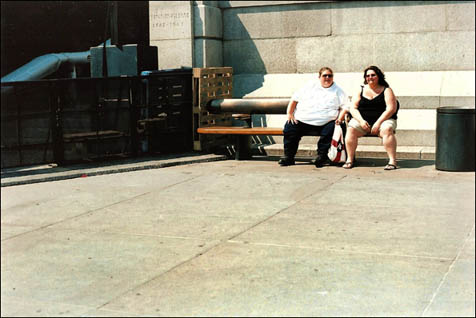 Next week I’ll put up some of the shots I took when I went to Windsor with Tanya. I let her use my 20D while I used her Nikon EM. My shots are almost all screwed up… I think her EM has light leaks or something. Not that I even know what I am talking about.

In the meantime, here’s a shot she took of me, shortly before I was attacked by blood-sucking horse flies. She should have her own blog up by next weekend, so I’m sure she’ll write about it. Her stories are quite enjoyable!