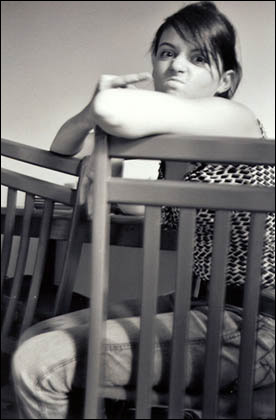 Some of the following pictures have awful scans. Shoot me.

Your moody French cook for the day is Eva.

Today we are cooking profiterole. We are actually going to miss a few steps (well most of them); this is because of the wrestling match that took place during the cooking. Eva lost. I executed a Judo throw and pinned her on the couch for the 1-2-3 count.

Anyway, basically you put some stuff in a pot and melt it. 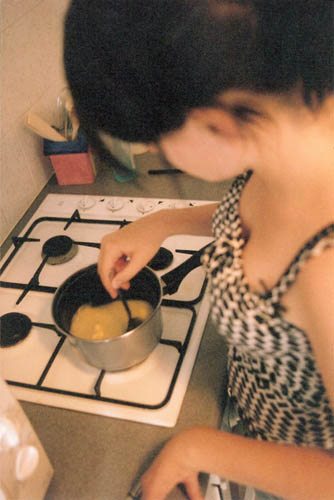 When it starts to look like mashed potato, stir it. 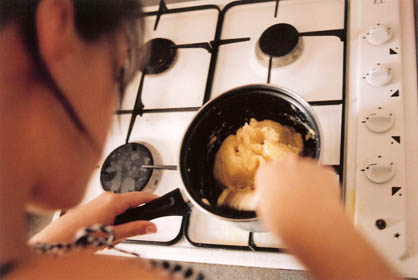 Then you must stir a bit more while a friend watches from afar. 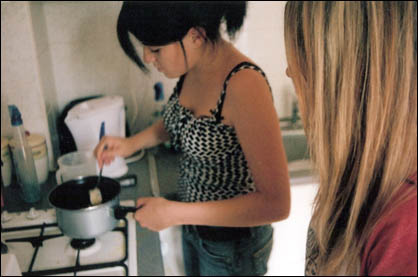 Then a bit closer. 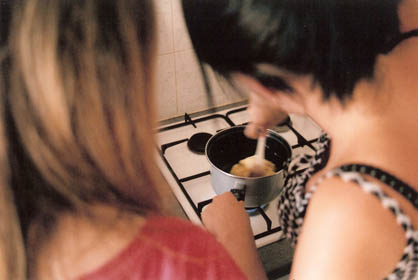 Change to B&W film, then put blobs of ‘stuff’ on to the baking tray. 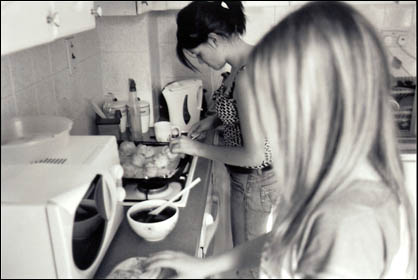 Throw it all in the oven. 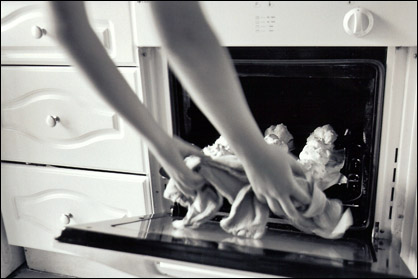 Keep an eye on the buns.

So yeah, that’s the end of the lesson. What happens after this is up to you.