We went to see Roger Hiorn’s ‘Seizure’ on its last day open. 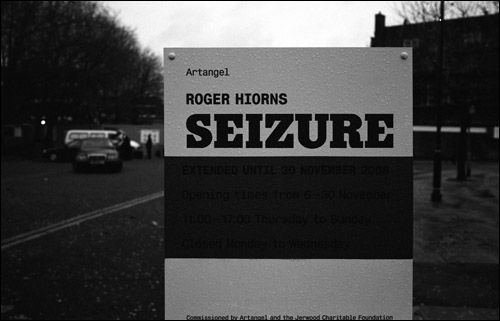 It was set in a derelict mini council estate that is being torn down in 2009. You had to queue for Wellington boots before entering the installation. 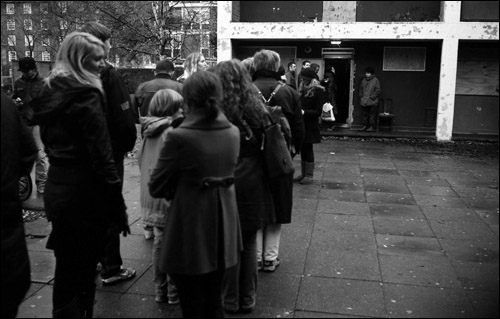 Then you had to queue again to get in. All in all about an hour of queueing. ZzZzZz 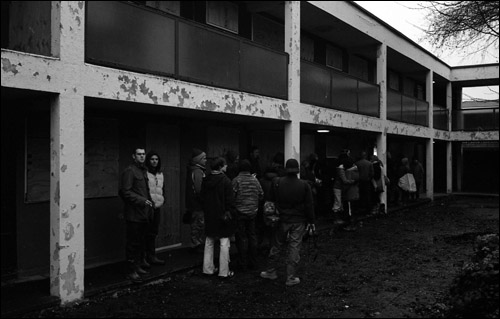 I didn’t bother taking any pics inside but Tanya did so check out her blog when she puts them up. Worth the wait? Nope, but it was interesting. If they had drained a little water out of the floor it would not be necessary to wait longer than 5 minutes.

Last Sunday saw the second Gutshot.com forum members live tournament at The International. I only managed to make two photos. Maybe I was shy as it was the first time I had met 90% of the forum guys that turned up; I didn’t play the first live forum event. 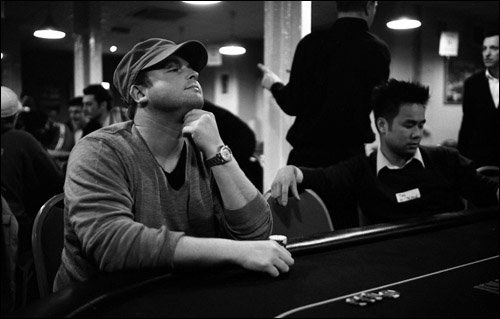 ‘The H-Train’ on the left, the ‘H-bomb’ Howard (aka pokersmith2) on the right. I think this is the only hand H-Train fodled all night. And I thought I was a maniac. 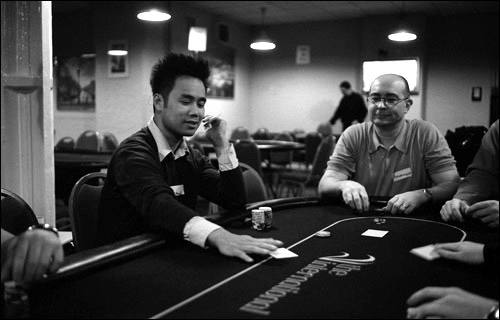 The following day Jay Luck’s Christmas Cracker was held at the club. For this tournament, members formed teams of four; whoever won the tournament would share the prize money with his or her team, and second place team would get their money back. My team comprised Jazzy, JJ Hazan and Gutshot.com top dog Barry Martin, who you can see a few shots below wearing my mega-afro. The format was round of each (ROE) – NL Hold’em and Omaha. Our team was ‘The Stinkers’.

As it was fancy dress I decided to play in my Gorilla suit. 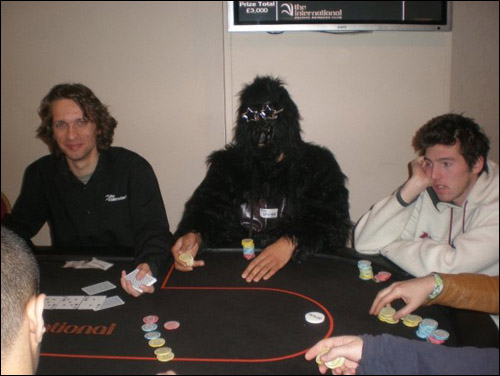 JJ went out early then I followed soon after, donking all my chips off in the Omaha rounds. Did I mention the tournament was fancy dress? Meet Jesus and the coconut. 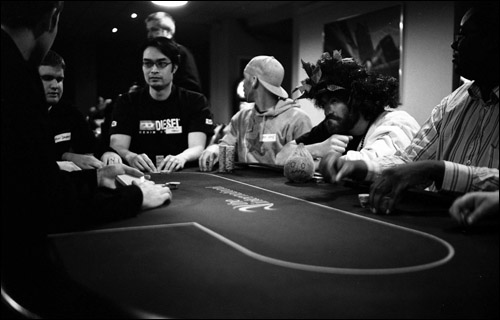 Jazzy (standing) went out some time after I did, so all our hopes were pinned on our fearless leader and his raging afro. They don’t call him Barry ‘The Bully’ Martin for nothing. Maximum pressure at all times. 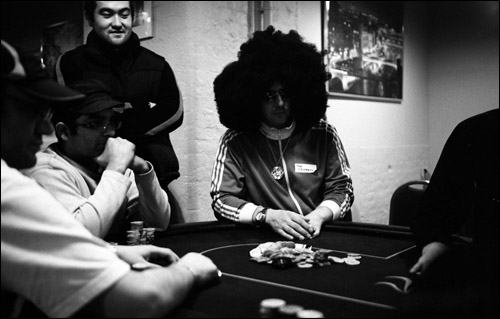 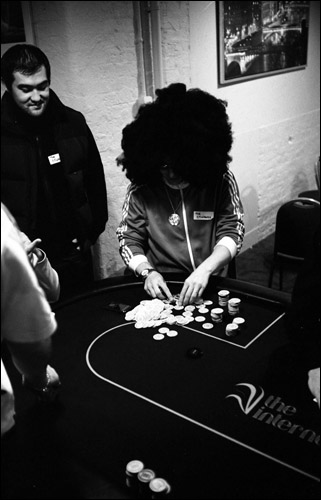 Barry battling with Steven Mahony in an Omaha round. 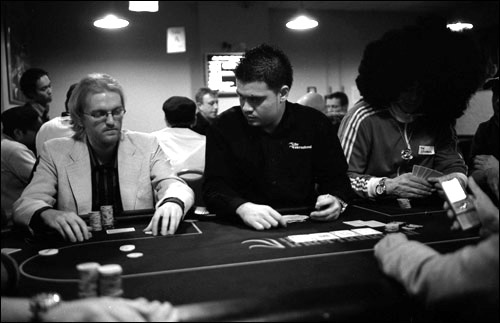 After numerous eliminations and sick outdraws we made it to the final table. Other teams at the table were ‘The Minh Dynasty’, ‘So Solid Crew’ (two players), ‘Double Trouble’ et al. 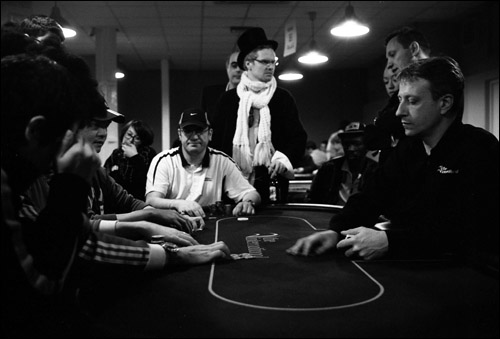 Down to the final three and Barry is still playing quite aggressively, with team tactician Jazzy over his shoulder. The Minh dynasty would soon be eliminated in third place. 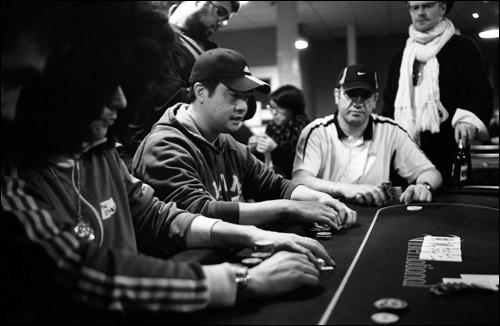 Down to just Barry and Andy Achillea. Andy had doubled up in an Omaha hand and was now sitting on a healthy stack. At this point Barry only had 4,000 more chips than Andy so we agreed to split the prize money evenly across both teams. Now to play to the finish for bragging rights! 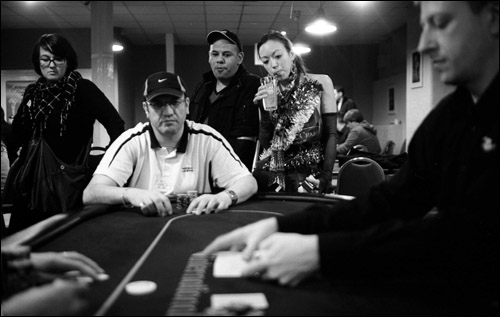 Jazzy and Barry talk tactics as Andy Achillea looks on. 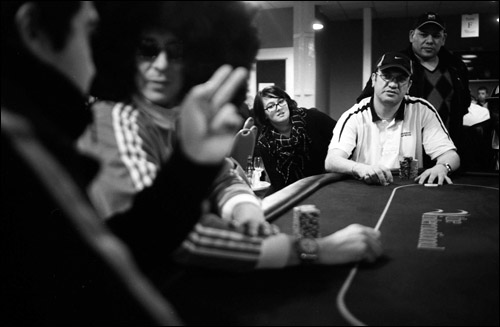 Andy wanted to play small ball but Barry forced him to play big ball to take him out of his element. Pot-pot-pot-pot pre flop in Omaha and we’re all in! 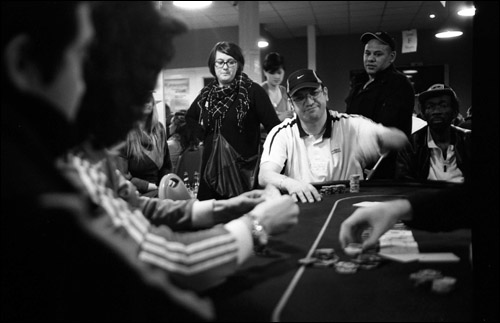 Andy flopped a set of Jacks but Barry made a straight on the river to take it down for The Stinkers! Ship it! 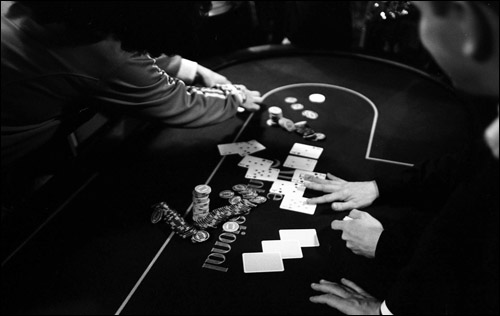 Many thanks to Jay for organising the event. She rocks. 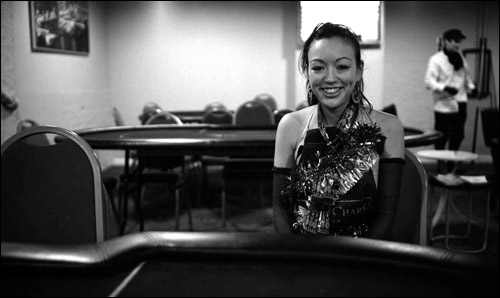 The Stinkers (minus JJ who had to leave early) 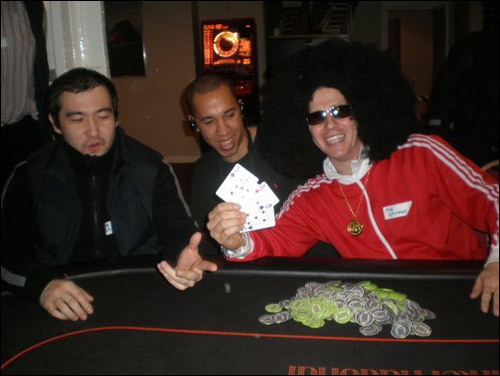