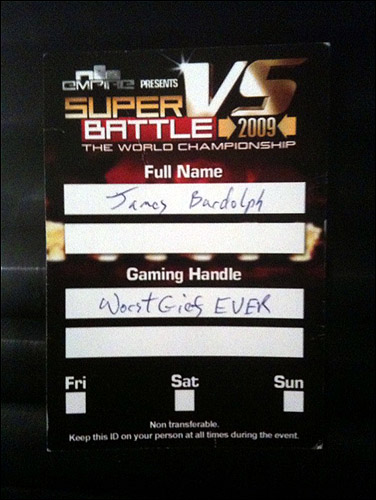 So I went to Neo Empire’s Super VS Battle and entered the Street Fighter 4 tournament. Not many pictures as I was playing games most of the time, including online poker (at the same time as playing my group games no less). The event was in a hall behind the leisure centre. 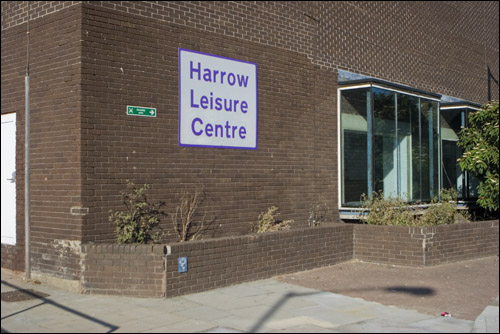 A small part of the ‘Bring your own console’ section. Size matters. Big props for the SNES. 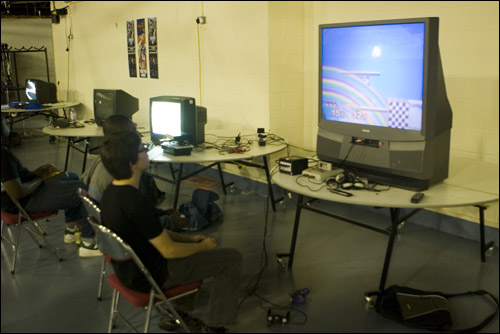 Most people brought joysticks, though there was the odd pad player. I’ve been playing joystick myself for six weeks now. Takes some getting used to. I still have problems executing moves for my character (Zangief), and especially combos. 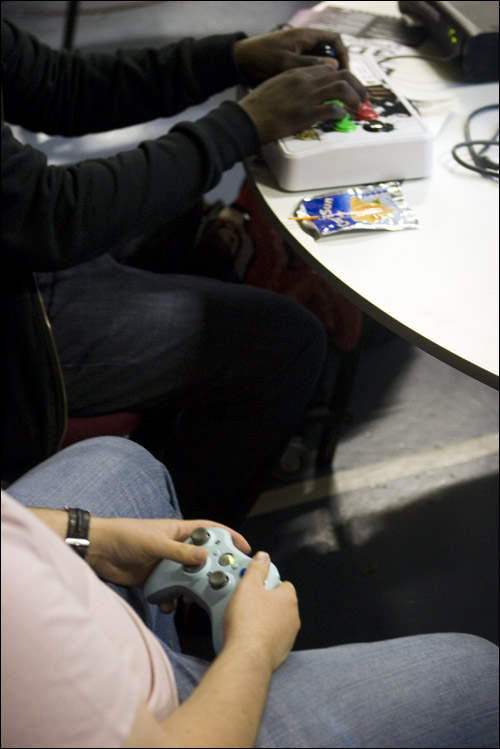 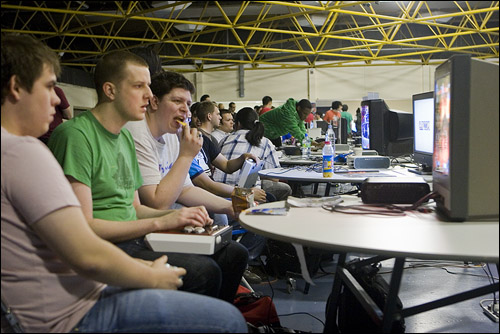 Capcom had two cabinets for people to play Street Fighter 4 on. If you played around with the buttons between character select and the fight, the button mapping would screw up and the capcom guy would have to reset the controllers inside the box. 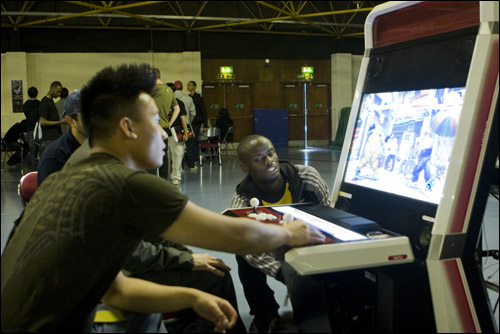 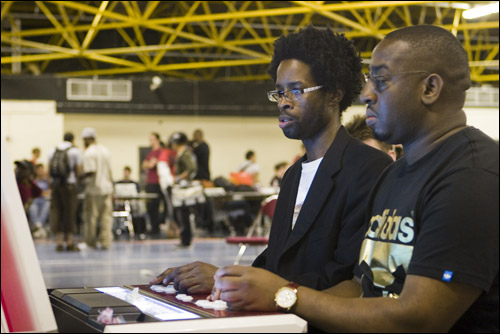 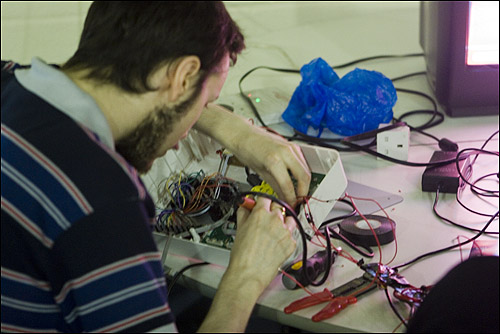 King of Fighters (KOF) XII. This was a ‘money match’ between Kneero (left) and Sendo. Sendo won in convincing fashion. Crowd 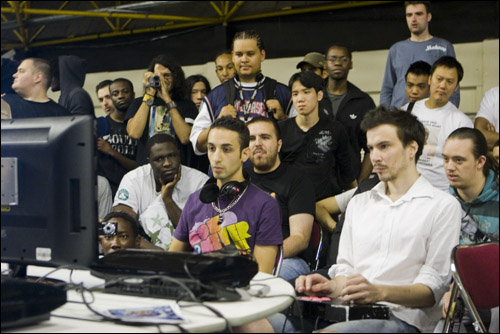 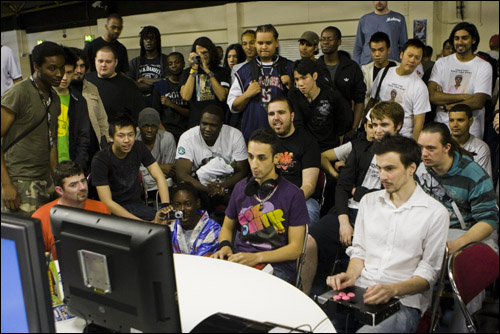 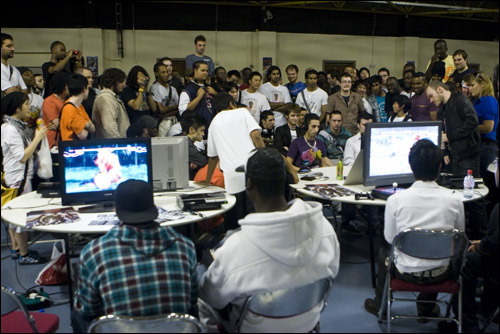 You may be wondering who I am or how I did – my handle is ‘WorstGiefEVER’. The SF4 tournament was due to start at 3.45 but ended up starting at 8.30 – around 6pm I decided to play a poker tournament on my netbook. By the time my group was called to fight, I was not only still in the tournament, but I was also in the money. I had no choice but to play my tournament fights AND play poker (literally) at the same time. I play Zangief exclusively. I won my first fight vs a pad Guile player, lost the second fight to an Akuma, then played Zak (who has the biggest winning streak @ Tottenham Court Road) and lost to his Balrog (Boxer), then lost to an M.Bison (Dictator for those in Japan). 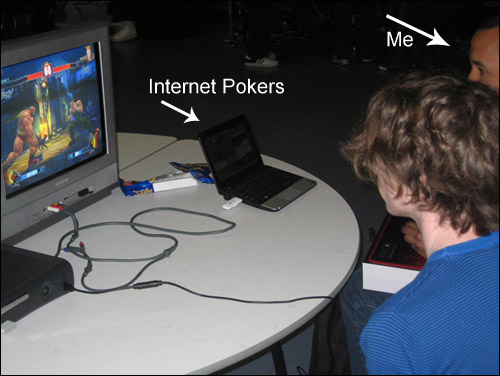 I expected to lose all my fights so I’m quite pleased with my one win. I think I would have done better against my other opponents had I not been playing poker at the same time, but probably would have lost to them anyway. I had a great time and will be back at Tottenham Court Road arcade  to receive more arse whoopings very soon!