I don’t remember what percentage of baked beans in the World are consumed in the UK, but it’s 85% or more. This pigeon is making its contribution to the statistic. 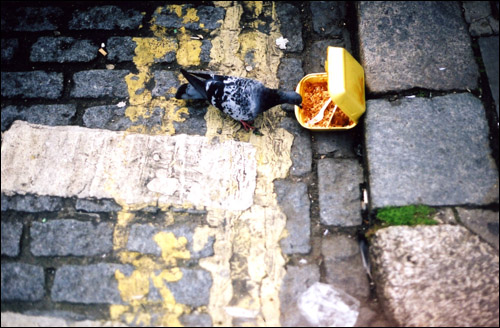 Today there were marches around the world to raise the pressure on the Burmese military to stop arresting/beating/shooting/killing activists and arresting/mistreating monks.

Red headbands were handed out to all. Tanya wore one but I chose to stay impartial. She looked like a native Indian. Someone find her a horse. 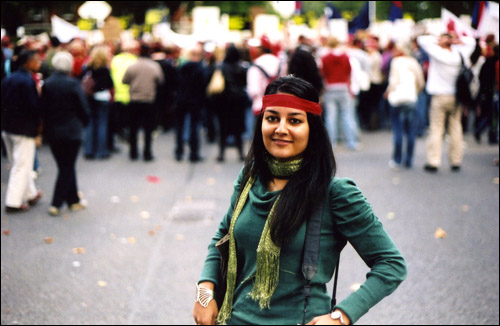 Shot she made of me on Lambeth Bridge 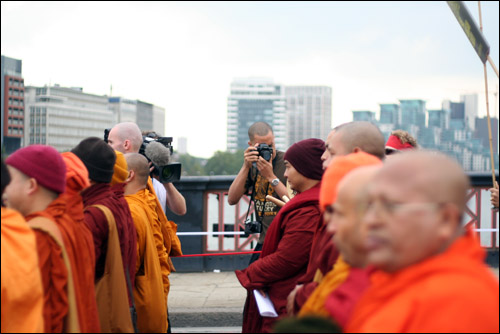 Not many words from me, just pics 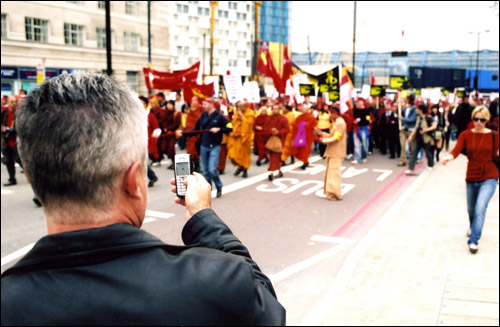 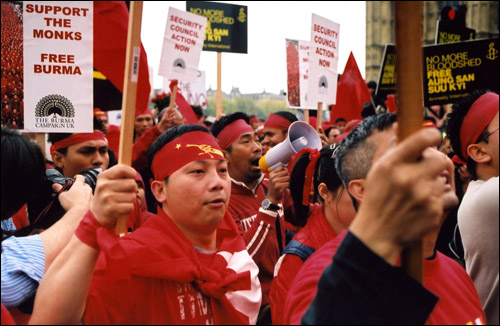 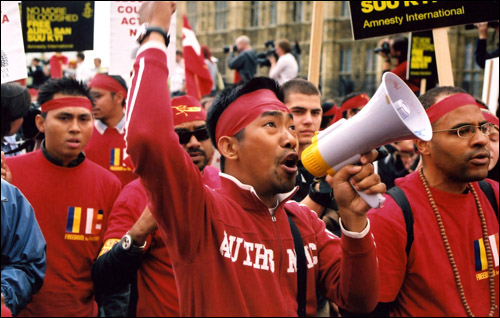 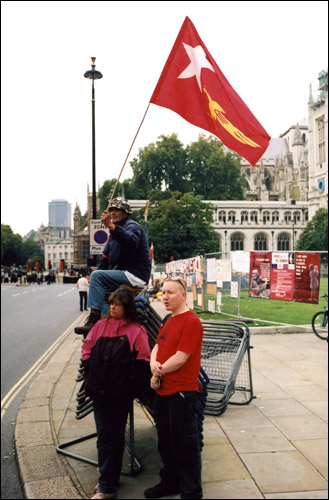 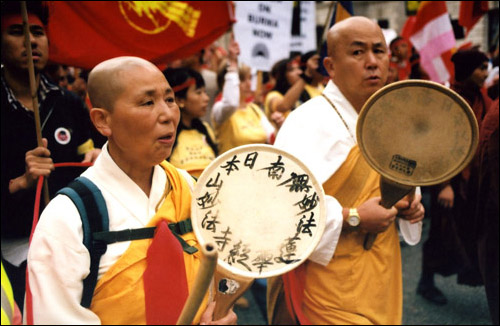 This woman seemed to be writing down a basic description of the protest. No idea why. 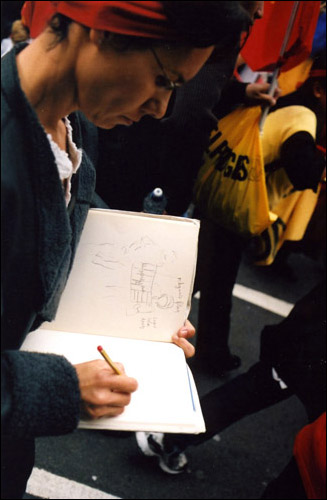 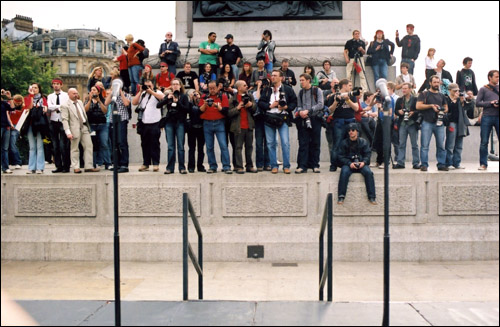 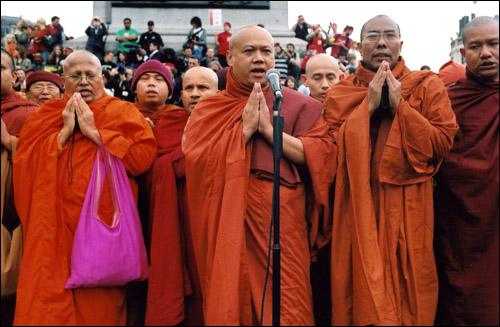 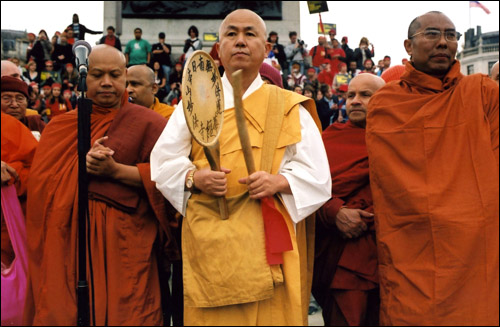 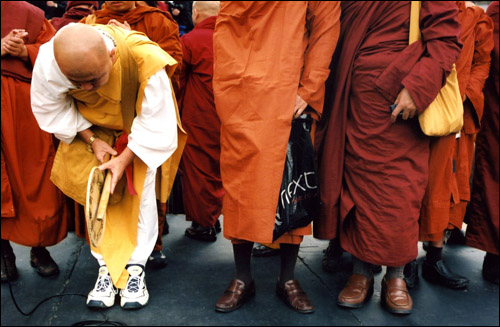 Had my Rangefinder on me as well. Made a few shots. 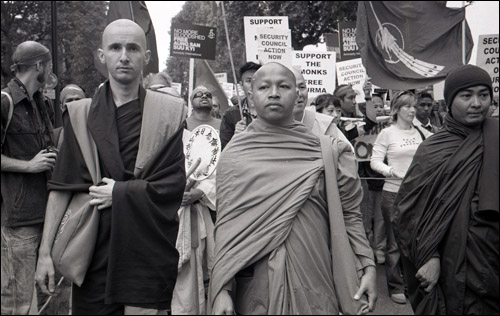 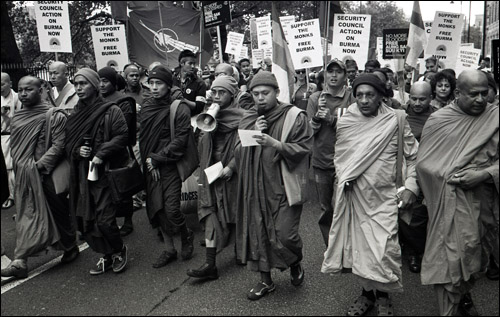 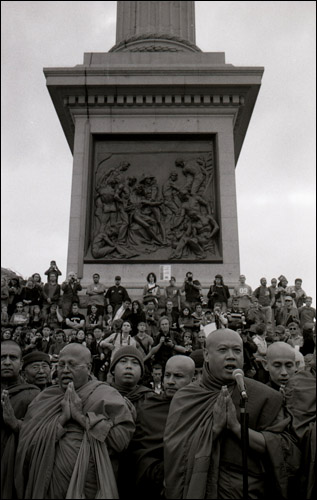 Dead bird. It must suck to just be dead in the street. Someone will probably step on it. 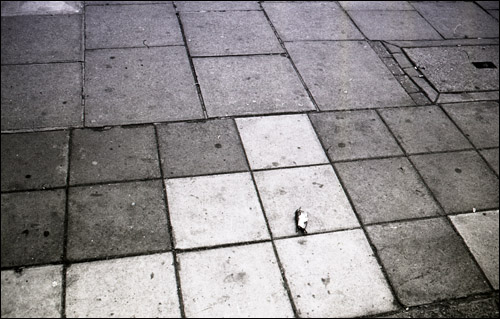 6 thoughts on “The solidarity for Burma”