by James
with 56 comments
Events

Brief highlights of the London ‘raid’ on Scientology. This entry may contain many memes and fads the general public might not recognise or understand.

Various communities despise Scientology. This is the main reason they cannot tolerate Scientology. Here are some more reasons. An international day of protest was arranged for February 10th. Raids took place all over the globe; from Ireland to the US to Australia. Everywhere.

11am: The Anonymous message posted on youtube is played, igniting a rapturous cheer. 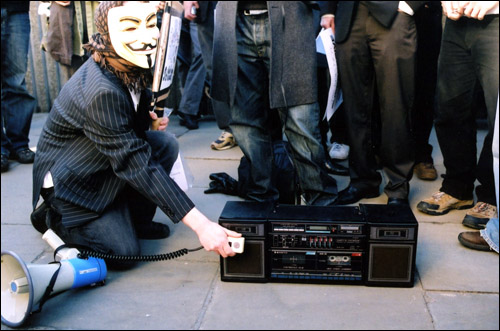 February 10th was Lisa McPherson’s birthday. She died in the hands of the Church of Scientology December 5th, 1995. Feb 10th was chosen for a day of action in her memory. 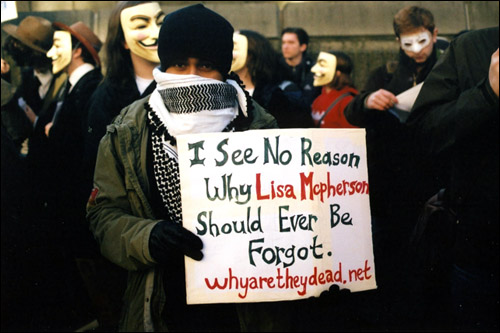 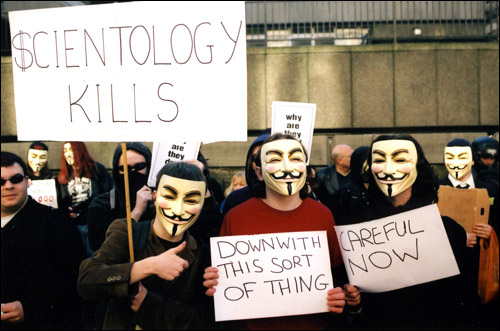 …except for this idiot, who ruined my photo. Had it not been for his ridiculous face, this shot would have been great. 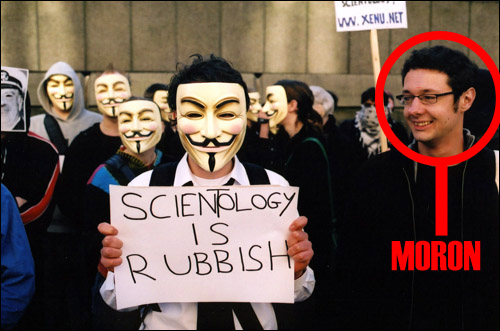 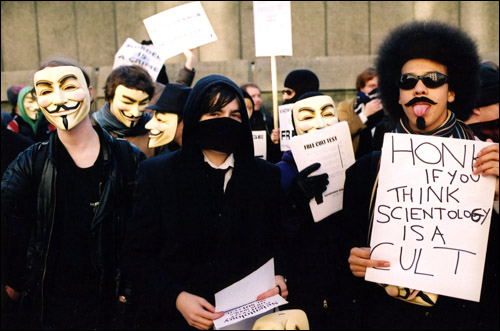 Anonymous without V masks were creative. 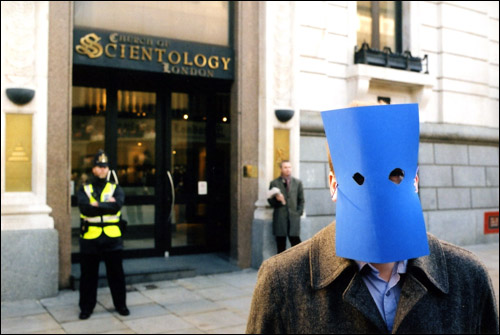 The award for best mask has to go to the Captain. 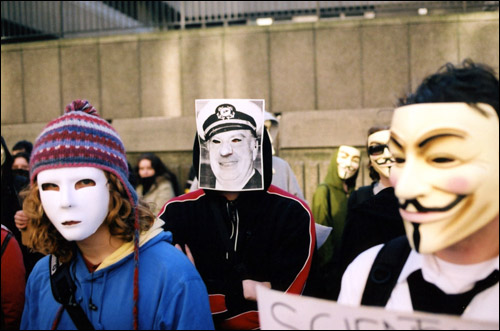 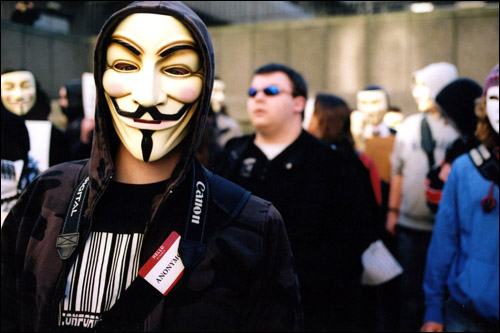 There were various chants during the protest; ‘Ron is gone but the con goes on!’, Fresh prince of Bel-air, rickrolling (naturally) but my favourite had to be “XENU, XENU, XENU”. A close second was “When you reach OT level 5 you get cake! The cake is a lie! The cake is a lie!”. 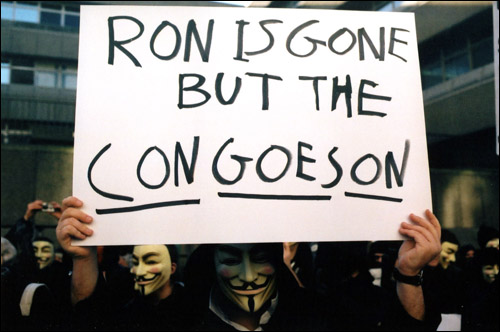 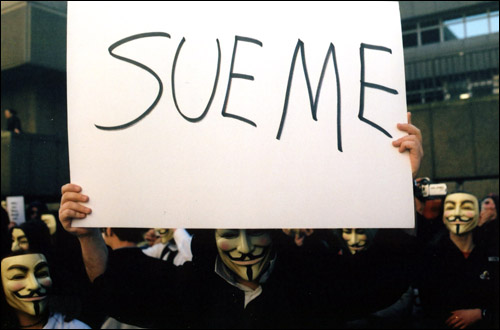 The Police were surprisingly lenient with protesters standing right outside the entrance of the building. 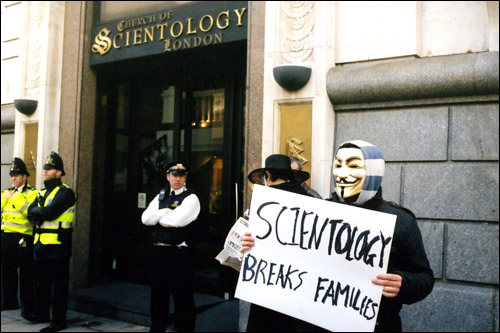 Scientology peons peeked through the windows at reception. 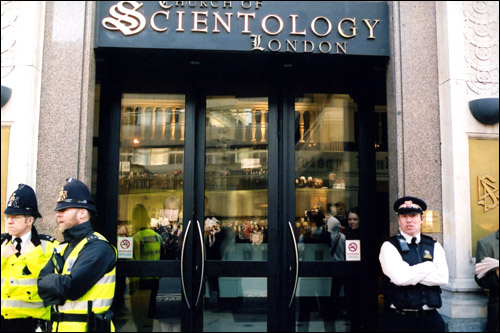 I couldn’t make it to the Tottenham Court Road section of the protest; I think this photo represents the general mood of the day, though. 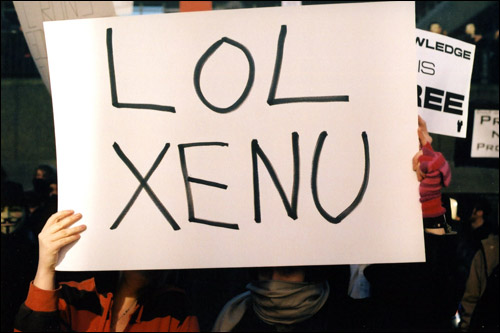