Nobody has a piss up like the Kiwis do. Fact.

The 6th February is Waitangi Day for the people of New Zealand. It is the day the Treaty of Waitangi was signed in 1840. It is also an opportunity to come together and get absolutely rozzered. Since the 6th February fell on a Friday this year, the London celebrations took place today, Saturday the 7th February.

Every year they start do a pub crawl on the Circle Line and visit the following locations.

I slept in and joined them at Parliament Square, near the Red Lion. 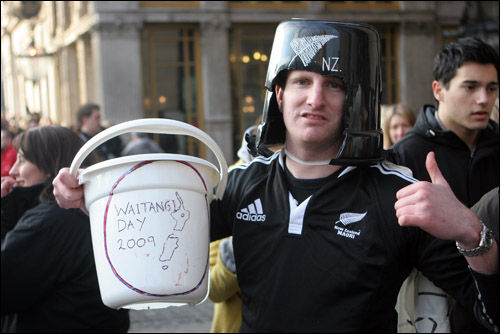 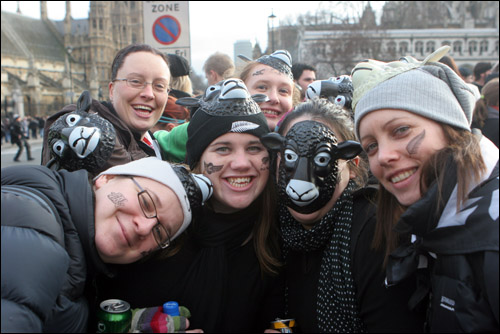 They wanted to show off their skirts as well 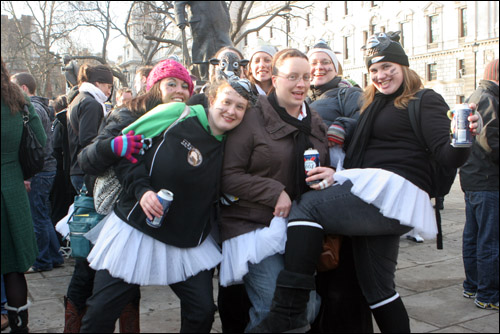 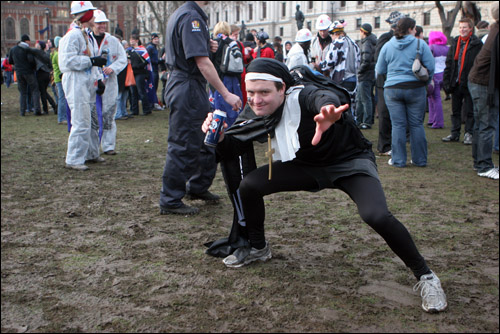 This guy on the left decided I was Jay-Z; apparently he was The Rock. 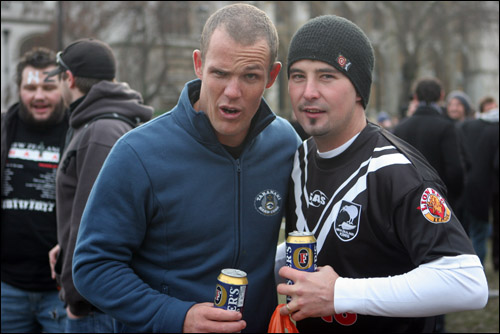 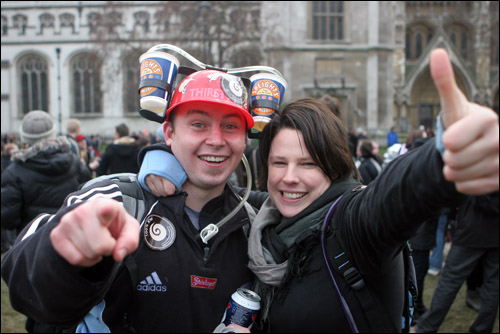 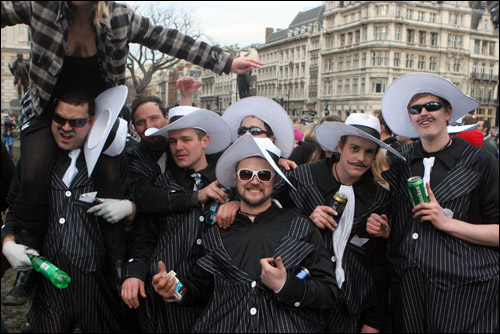 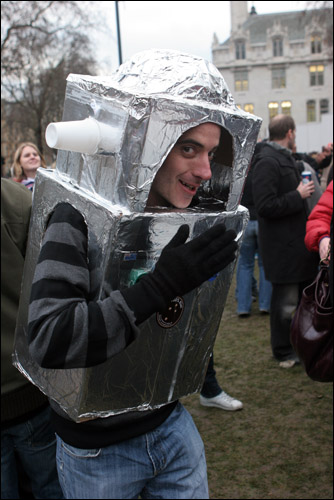 At 4PM, tops were taken off and the Haka was performed. Unfortunately there were so many people in Parliament Square I missed it! Cue ‘camera-in-the-air’ shooting blind mode. 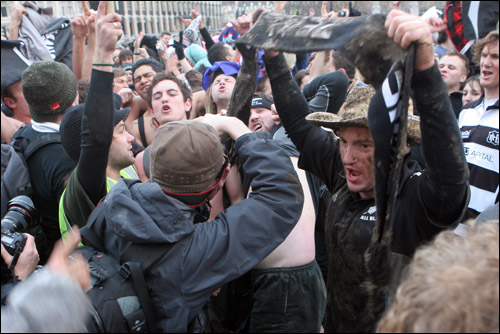 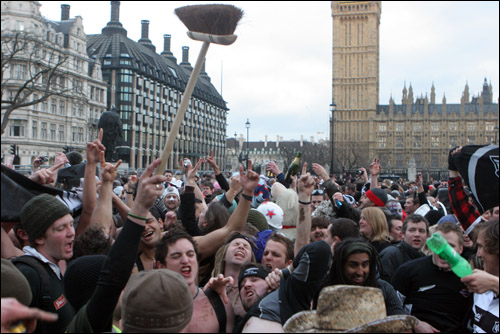 I think this photo sums up the celebrations pretty well, though. 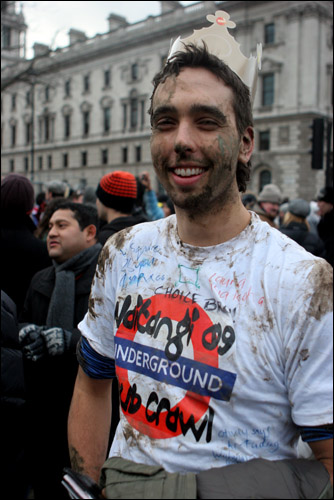